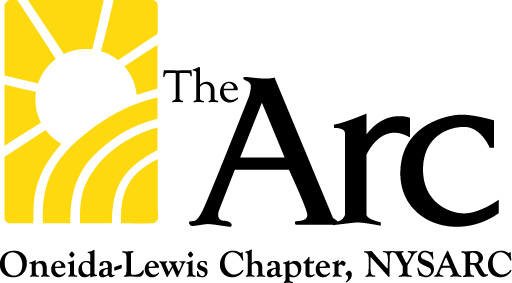 Dustin Gonyea, 24, has found his perfect job – volunteering once a week at Hamilton College’s athletic department.

Gonyea, who has a developmental disability, is quiet – until somebody starts talking sports, said his father, Steve Gonyea of Clayville. His son just loves sports, he said, making the Hamilton College work the perfect fit for him.

Steve Gonyea gives the credit for his son’s happiness to Mike Dispirito, a mentor in the Venture program at The Arc, Oneida-Lewis Chapter, who went “above and beyond” to get to know Dustin well enough to find just the right fit, Gonyea said.

“I can’t say enough. I wish there were a hundred more Mike Dispiritos out there in this field. I think there’s a place for (people with developmental disabilities) in something they truly love if somebody were to push hard enough and find it,” he said.

Gonyea’s not Dispirito’s only fan. NYSARC has awarded him the Thomas A. Maul Direct Support Professional Excellence Award, which is given out to NYSARC chapter employees who demonstrate consistent excellence, creativity and commitment. The award will be given to Dispirito and three other employees on Friday, Oct. 17, during NYSARC’s 65th annual convention in Albany.

Dispirito, for whom The Arc is a first and third career, said the interactions with other people are the best part of his job. His program puts people with disabilities into volunteer work to give them meaningful work and to teach them job skills. Finding the right match is the challenge, he said.

But Dispirito doesn’t like to talk too much about what he does. The entire staff at The Arc is great, coming to work with a great attitude, working hard and putting in extra hours, he said.

“I guess I was perplexed why it was me and not someone else,” he said.

He did recall one moment that was particularly satisfying to him. During a trip to the park, a group from The Arc saw a pickup basketball game in progress. They talked Dustin Gonyea, who loves the sport, into joining.

“It was just tremendous to watch this kid interact with people. He was making baskets. People were high-fiving him. His head was raised,” Dispirito recalled. “Just to stand back and watch that, it was probably one of the top five best times of my life.”